Shiny Pokemon are extremely rare, alternate colored Pokemon. This page describes shiny Pokemon and how to capture these elusive Pokemon in Pokemon Sun and Moon. 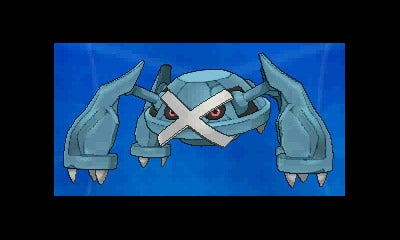 Shiny Pokemon were first introduced in Pokemon Gold and Pokemon Silver back in Generation 2. Every time one of these Pokemon appears in battle, shiny sparkles flash around them, earning them the name “shiny Pokemon.”Secrets to Making Perfect Competitive Pokemon3:29Autoplay setting: On

Though quite rare, these alternately colored Pokemon don’t come with any other benefit compared to your average Pokemon. It won’t be stronger or weaker stat wise–just a different color!

These Pokemon are so rare that some trainers still haven’t seen one! The exact odds of finding a shiny Pokemon are 1 in 4,096 (much more common than older games’ 1 in 8192!). They can be found in the wild or through breeding. Other than the alternate color and sparkles, there is nothing special about them. Some Pokemon trainers will be willing to trade some valuable Pokemon for lesser shiny Pokemon simply based on their rarity.

How to Catch Shiny Pokemon

There are a few ways to increase your odds of finding Shiny Pokemon in the wild or through breeding. Below are a few methods.

Pokemon Ultra Sun and Ultra Moon include Ultra Wormholes to explore, which have an increased chance of producing shiny Pokemon to capture. Check out the Ultra Wormholes page for more information on them.

The Shiny Charm is a Key Item that is quite difficult to obtain in the Pokemon games. It usually requires the completion of the National Pokedex — but in Pokemon Sun and Moon and Ultra Sun and Moon, only the Regional Alola Pokedex needs to be completed! Once you have a complete Pokedex, visit the Game Director in Heahea City to receive a congratulatory Shiny Charm. This item increases the chances of finding a shiny Pokemon.

This method was named after Game Freak’s Director of the Board, Junichi Masuda.

If you have two Pokemon from different language Pokemon games, you can breed them and raise the odds of finding a shiny Pokemon to 1 in 1366. An example would be breeding a Japanese Charizard with an English Dragonite.

There’s a new mechanic in Pokemon Sun and Moon where wild Pokemon will call for help if its health gets low enough. Then, an additional Pokemon will appear to battle. The more Pokemon that are called to battle in this way, the more likely they’ll be shiny. It’s a pretty simple strategy! Here it is:

1. Use an Adrenaline Orb: These can be purchased from many shops from early on in Pokemon Sun and Moon. They increase the chance of wild Pokemon calling for help.

2. Weaken the Pokemon: Get the first Pokemon’s health down so that it will call for help. False Swipe will help immensely with this, as it ensures the Pokemon will remain with at least 1 HP.

3. Knock Out the New Pokemon

4. Repeat Step 3: It would be helpful if your Pokemon had a healing move, like Roost or Recover, to stay healthy in battle while simultaneously stalling if you need to wait for another ally Pokemon to be called!  See Catching Pokemon for more tips

Here are a few tips to maximize your S.O.S. Battle chaining and get a shiny Pokemon!

1. Choose a Pokemon: This may seem like an obvious step, but really think about the Pokemon you’re targeting, beyond just the fact that you want one. Can you do it? A drawn out S.O.S. battle means your Pokemon will be getting attacked, often, and will in turn be attacking, often. Are your Pokemon a high enough level to reliably one-shot your target Pokemon? If not, reconsider coming back to your target once you’re strong enough to streamline the process.

2. Plan Ahead: Now that you have chosen a Pokemon, make sure your own Pokemon are prepared! Does your target have any Moves or Abilities that will hinder your attempts? Does it have any moves that that will allow it to escape, like Growlithe‘s Roar or Abra‘s Teleport? Make sure to use a Pokemon with a move like Spore to prevent it from getting away. ;

You’ll also want some Pokemon on your team with False Swipe. This move always leaves a Pokemon with at least 1 HP, so this is essential to reliably keeping a Pokemon alive so that it will keep calling allies.

3. Stock Up on Items: You may be facing dozens of opponents at a time in this battle, so make sure you have plenty of healing items like Lemonades and Potions, Revives, Ethers and Elixers to make sure you remain healthy and able to battle. Leppa berries would be great because you can get hundreds without trying to find them. You just need 1. How awful would it be if, 20 ally Pokemon in, you’ve run out of healing items and get knocked out? Or if you run completely out of False Swipe power points (PP)? What a waste!

4. Further Planning: If you want a Pokemon that is both awesomely rare and viable in battle, you may want to have a Pokemon with the Ability Synchronize. This Ability gives wild Pokemon a 50 percent chance at having the same Nature as your current Pokemon. The easiest Pokemon to get in Pokemon Sun and Moon that has this Ability is Abra. You would need to breed or catch an Abra that has the Nature you want your target Pokemon to share, then level it up so that it’s strong enough to withstand a drawn-out battle. After using False Swipe to get one of the Pokemon down to 1 HP, you would switch out to the Abra (or Kadabra or Alakazam), and continue one-shotting the newly called Pokemon until a shiny appears. This works especially well considering Kadabra can learn Recover, which can be used to heal and stall if needed.